Ever Have One of those Travel Days?

I wouldn't say that it was a horrible travel day, just long. Yesterday we started out by leaving the house at 7 am. to catch a 9:20 am flight. Thankfully it was Saturday and the traffic was light. The airport was pretty busy but not like we thought it would be on the start of the Christmas vacation week.

We were catching a flight to LA, then renting a car to drive to San Diego. We rented a house there to bake out and spend time together as a family. We have been to Florida so many times over the holidays, that we wanted a change of pace.

Here is the tough part. Warren woke up with a bad cold. As the day went on it progressed to a fever. The flight was ok, however, it seemed really long. Probably because it was an extra 45 min or so due to weather (they had to circle over LA as the rain was pretty bad). We also hit alot of turbulents when we hit Colorado and the mountains. The seatbelt sign was on for at least a hour (and of course I had to pee). I was surprised at Montana as she slept right through it! 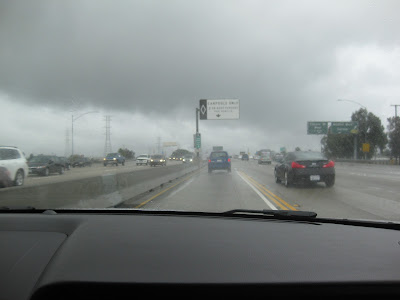 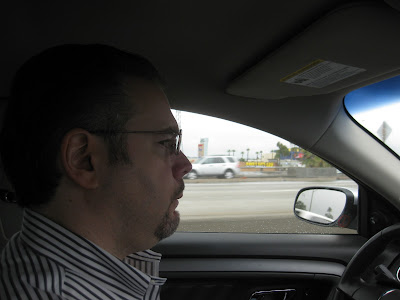 Warren was a trooper. He carried on and tried not to complain too much until we arrived at the house. I reminded him that if he made it through the Pyramids in Egypt with a cold, and a stomach issue in Thailand driving to San Diego would be a cinch! It is hard watching him feel horrible when we are finally on our much needed family vacation. All we could do was make it easier for him. So Montana and I went out to get some groceries and let him sleep for awhile. That is the advantage of renting a house for family vacations. You don't have to worry about hotel rooms, and eating out. It gives you a chance to just relax. Unless of course you are stuck with all the cooking and cleaning up! hmmmmm...

So we hope Warren feels better soon. He needs this rest more than anyone as he works so hard during the year.

Have you been ill while on a family vacation? Have any members of your family? What are your stories of travelling while ill and how do you deal with the stress of that?