Wow! What an awesome few days! A couple of colds, and cold weather but still an amazing time.


It is 6:47 am in Toronto on Sunday Morning and 8:47 pm on Sunday evening in Melbourne Australia (where we are right now). This is the furthest south Warren or Montana have ever been!

Our Jetstar flight was pretty great. We were in their "Star Class" and sat in the first row so we had lots of room. The flight was about 10 1/2 hours and we left at 9:30 am on Monday and arrived at 4 pm on Tuesday afternoon. That always freaks me out.

We could feel the cold as soon as the jetway was opened. It sure was winter. Now by no means is it like winter in Canada, but when you just came from Hawaii it is cold! We got our luggage and we looked for the taxi stand - it turned out to be a taxi rank - not stand and it cost about $50.

We stayed in a 2 bedroom serviced apartment - Meriton Pitt Street Serviced Apartments - it was perfect for what we needed, except for one major thing. The thermostat. Apparently the council or whoever approved the building permits for this building, stated that the thermostat had to shut itself off every 3 hours. No matter what. Now in the summer this may not be such a big deal, but we soon learned how bad the winds and cold could be - we were ALWAYS cold in the apartment. Warren was up several times in the night turning it back on again. 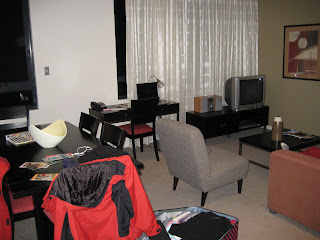 As for jet lag - we did ok - I was usually first to bed by 8-9 pm and then Warren and Montana would follow. We would be up anywhere between 4 am and 7 am - which did great for communicating with people back home as this was the end of their work day. It also gave us more of a day.

That first night we were tired and hungry, so it was off to a local pizza and italian joint. Then back to unpack and crash.

The first morning we were up early, so we set off for the Opera House and Harbour Bridge at about 7:30 am. It was cold, but it was also quiet! We got to enjoy it almost to ourselves. There were only a few tourists, and lots of picture opp's. 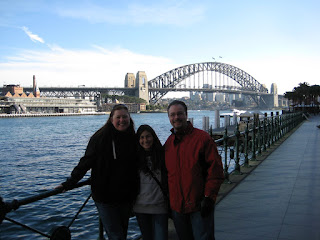 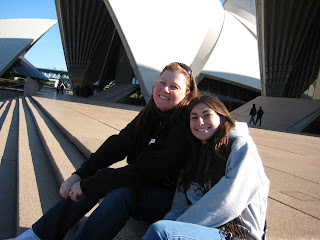 The day started to warm up and we then we jumped on the double decker hop on hop off bus. We used the bus to see alot of the city. It was amazing, Every time we went to get on it the bus was there for us. We never had to wait.


Warren wanted to see the Chinese Gardens, so this was our first stop. We had so much fun here! We came across a little shop in the gardens that rented costumes so you could take pictures in the gardens as Chinese Emperors or princesses. So Warren and Montana got dressed up and we took a ton of pictures! It was so much fun. Before you knew Montana and I were fighting Matrix
style kung fu in the middle of the gardens! 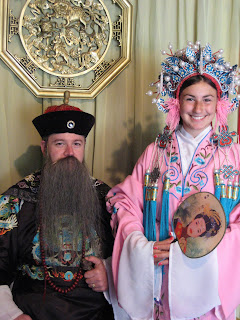 We then went to find Paddy's Markets. It turned out the markets were not on that day - however the mall was open. So off for another adventure. The food court was all Asian Food - so Montana introduced me to Pho - an Asian soup - it was yummy. Montana and I decided that each day on our trip we were to have an adventure! - This was one of them for me! 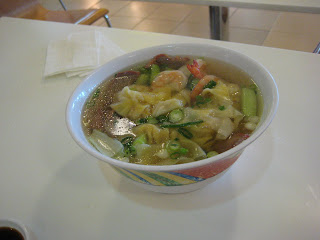 Next we decided to get back on the bus and continue on the tour. We jumped off at Kings Cross and found a little British Lolly Shop - mmmmm Choclate Eclair candies~

20 minutes later back on the bus to the Australian Museum stop and a short walk across High Park to the shopping area. Checked out the Coach store - some prices were TWICE as much as home! It was surreal! Overall we are finding prices higher than home, keeping in mind that the VAT is in the price already - things are still quite more expensive.

That night we were tired so we found a burger joint and went back to the apartment and ate dinner and caught up on Big Brother - Warren my genius husband worked out an Internet solution so we could watch our TIVO from anywhere in the world!

Stay tuned and please post your comments! We love to hear them!